For over four decades, the Renaissance City Winds has produced some of the country’s most innovative chamber music programming through collaborations with poets, actors, dancers, and other musicians.  Here are our most frequent current collaborators, as well as some of the most unique. 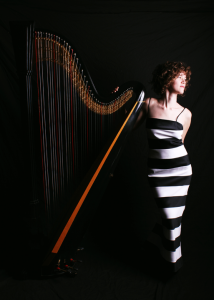 is the principal harpist of Pittsburgh Opera and Ballet Orchestras as well as the Des Moines Metro Opera. An active chamber music performer, she is a member of both the janus trio, based out of Brooklyn, and the International Contemporary Ensemble (ICE). Ms. Wadden has been a prizewinner in numerous competitions sponsored by the Minnesota Orchestra (WAMSO), Ann Adams, ASTA, and American Harp Society. As a soloist she has appeared with the Minnesota Orchestra, the Skokie Valley Symphony, the Chicago Metropolitan Symphony, and the Northwest Symphony. She serves as a substitute harpist for the Minnesota, Pittsburgh, Houston, and Milwaukee Symphonies. 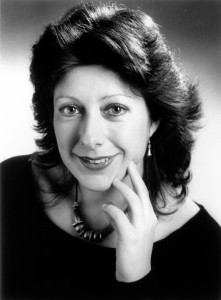 is one of Chile’s most distinguished musicians, appearing as soloist, recitalist and chamber musician throughout South America, Switzerland, and the United States. Residing in Pittsburgh and teaches at Carnegie Mellon University, where she is co-director of the collaborative piano graduate program, she has released two CDs with Pittsburgh Symphony concertmaster Andrés Cárdenes. Her appearances with the Winds feature Mozart, French Impressionism, American, and 20th-century European repertoire. 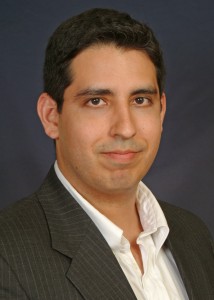 is Artist Lecturer in Piano in the School of Music at Carnegie Mellon University, and has been the pianist with the Pittsburgh Symphony Orchestra since 2006. A versatile performer, he has extensive experience with both classical and contemporary string, brass and woodwind repertoire. Mr. Ojeda has performed on master classes with such notable pianists as Kasimierz Giesrod (former rector of the Frederic Chopin Academy in Warsaw ), Marek Joblonsky, Georgy Sandor, Marta Gulyas, and Earl Wild. His solo recitals include performances throughout Venezuela, Ecuador, Mexico, and Spain, and most recently in the Piccolo Spoleto Festival in Charleston, South Carolina. He has performed concerti by Tchaikovsky, Brahms, Gershwin, Grieg, Schumann, Mozart, Liszt (Totentanz), Cesar Frank and Prokofiev. Mr. Ojeda´s most recent live television and radio broadcasts include Prokofiev´s Piano Concerto No. 3 with the Orquesta Municipal, Caracas, Venezuela and Brahms´ 2nd Piano Concerto. Born in Venezuela, he began his piano studies at the age of ten and completed his Bachelor´s Degree in piano performance at the IUDEM (Institute of Musical Studies) in 1997 under Arnaldo Pizzolante. In 1999 he went on to earn his graduate degree at Carnegie Mellon University with Enrique Graf and remained to complete his Artist Diploma certificate. has captured critical and popular acclaim on both sides of the Atlantic.  Recent engagements include the world premiere of Anthony Davis’ Waconda’s Dream at Opera Omaha, Wagner’s Ring Cycle at the Opera Theater of Pittsburgh and Long Beach Opera, and the world premiere of Philip Glass’ Waiting for the Barbarians, a production for Erfurt Opera in Erfurt, Germany.  The opera was also performed with Amsterdam Opera, the Barbican in London, and the Austin Lyric Opera.  Mr. Perry has toured throughout Europe as Porgy in Barkhymer’s production of Porgy and Bess, and also performed the role with the Capetown Opera, in Capetown, South Africa.  Other engagements include: a world premiere of Davis’ Amistad with the Lyric Opera of Chicago; a world premiere of Glass’ Galileo Galilee in Chicago and London, world premieres of Glass’ Sound of a Voice and Orphee at the American Repertory Theater in Cambridge, Massachusetts, and the world premiere of Glass’ The Penal Colony in Seattle, Washington.  Mr. Perry also performed Don Giovanni with Atlanta Opera and the Peter Sellars production, Seraphin by composer Wolfgang Rihm with Stuttgart Opera, Escamillo in Bizet’s Carmen with Dayton, Durham, and Mobile Operas, and Il Trovatore with Opera Memphis.  He performed in a new work by Amy Beach, Cabildo, part of the Great Performers Series at Alice Tully Hall.  Other activities include Don Giovanni at Chautauqua Opera, Scott Joplin’s Treemonisha in Linz, Austria, Adam’s The Death of Klinghoffer in Brussels, Belgium and the world premiere of Noa Ain’s The Outcasts at the Houston Grand Opera.  Mr. Perry also performed numerous productions at the New York City Opera including Weisgall’s Esther, the American premiere of Janacek’s From the House of the Dead, Turandot, Madama Butterfly, Streetscene, La Boheme and I Pagliacci, telecast on PBS. 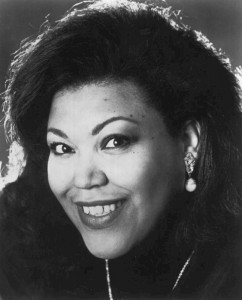 was a Metropolitan Opera audition winner and has been heard as soprano soloist with numerous American orchestras, including the Pittsburgh, Mid-Atlantic, Canton, and Wheeling Symphonies. She is a busy recitalist, and appeared in Sam Hazo’s “Feather” for the International Poetry Forum. A native of Ohio, Ms. Cooper graduated from Duquesne University; her first voice teacher was O’Labrice Beckom, a member of the National Negro Opera Company which was based in Pittsburgh between 1941 and 1960. The remarkable power and rich timbres of Ms. Cooper’s voice lend passionate drama to Italian opera excerpts and sensitivity to art songs by African-American composers. Demareus has been singing with the Renaissance City Winds since 1995. 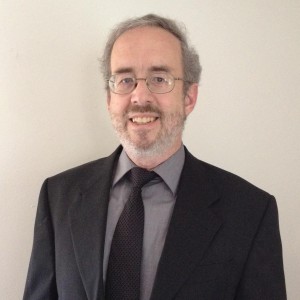 is an organist and collaborative pianist; he holds degrees in organ performance from the Eastman School of Music and the University of Michigan.  Past teachers have included William Watkins, Russell Saunders, and Robert Glasgow (organ); Vincent Lenti (piano); and Edward Parmentier (harpsichord).  Mark has served on the music staff of churches in seven states, and won prizes in the Fort Wayne, Ann Arbor, and American Guild of Organists National Competitions.  He has worked with numerous singers, instrumentalists, and ensembles, including the Ann Arbor Cantata Singers, University of Michigan choirs, Colgate University Chorus, Madison Area Concert Handbells, and Wisconsin Chamber Choir.  While living in Pittsburgh, he assisted at the organ of St. Paul Cathedral and was a staff accompanist at Carnegie Mellon University’s School of Music, accompanying students of renowned flutist Jeanne Baxtresser.  Mark currently resides in Middleton, Wisconsin, and has been performing with the Renaissance City Winds for over a decade and a half. 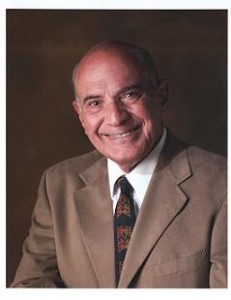 is the author of poetry, fiction, essays, and four plays. In 1993, Governor Robert Casey named Dr. Hazo Pennsylvania’s first State Poet Laureate and he held this honor until 2003. From his first book, through the National Book Award finalist for Once for the Last Bandit, to his newest poems, he explores themes of mortality and love, passion and art, courage and grace in a style that is unmistakably his own.

Dr. Hazo is McAnulty Distinguished Professor of English Emeritus at Duquesne University, where he taught for forty-three years. He earned his Bachelor of Arts degree magna cum laude from the University of Notre Dame, a Master of Arts degree from Duquesne University and his doctorate from the University of Pittsburgh. He has received eleven honorary doctorates and has been awarded the Hazlett Award for Excellence in Literature from the Governor of Pennsylvania, the Forbes Medal from the Fort Pitt Museum for Outstanding Cultural Contributions to Western Pennsylvania, the Elizabeth Kray Award for Outstanding Service to Poetry from New York University, and the Griffin Award for Creative Writing from the University of Notre Dame. In 2003, Samuel Hazo received the Maurice English Poetry Award for his 2002 distinguished book of poems – Just Once: New and Selected Poems. His most recent book, The Time Remaining, was published in 2012. 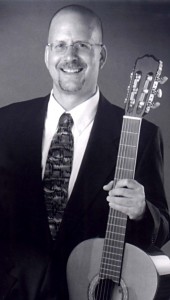 teaches guitar at Carnegie Mellon University and directs the Carnegie Mellon Guitar Ensemble. As a performer, he has given numerous solo and ensemble concerts throughout the United States including programs at the Smithsonian Institution, Arizona State University, Wolf Trap, the Chautauqua Institution, Florida State University, Oberlin College and Notre Dame. He has been heard on NPR, PBS, CBS, Voice of America, USIA, Chukyo TV-Nagayo in Japan, and, in Pittsburgh on WQED-FM. Mr. Ferla has published several articles on guitar repertoire in SoundBoard, the journal of the Guitar Foundation of America, and is heard on seven CDs. He performs most frequently in a guitar duo with John Marcinizyn in a repertoire ranging from Renaissance to Jazz. 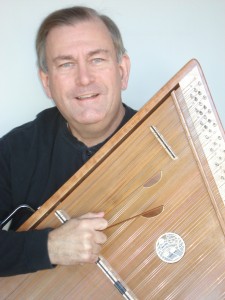 has entertained and educated a vast audience in his musical career, from the performing stage to college classrooms and the pages of magazines.  Considered one of the most lyrical and energetic players of the hammer dulcimer, he regularly incorporates other instruments including cittern, guitar, banjo, hammered mbira, low whistle, diddley bow, concertina, bodhran and various hand percussion instruments.

Bill’s magazine articles on playing techniques, arranging skills and music theory have frequently been published in Dulcimer Players News and Mel Bay’s ezine Dulcimer Sessions.  Newspapers have published his musicology articles on the origins of bluegrass music, barbershop singing, the history of the Broadway musical, the tradition of the troubadour and the origins of military bands.  His college lectures included courses on music appreciation and the history of the United States as heard through its music.

Bill is a Fellow of the Washington Academy of Sciences, a Fellow of the American Society of Engineering Education and book reviewer for the American Association for the Advancement of Science.   He retired after twenty-seven years as president of Capitol College and now focuses all of his considerable energies on performing, composing and teaching music.  His program with the Renaissance CIty Winds includes settings of Celtic and American folk tunes.