Today, Wednesday, May 25, 2022, marked the first school program since March 2020! A very long 2+ years… the C Street Brass joined four of the Renaissance City Winds for a performance and career workshop for the Norwin High School band program. The group revived Igor Stravinsky’s Octet from their series concerts in Fall 2019. Always gratifying to revisit and perform a difficult yet classic work like this, and to share it with a very interested group of student musicians. Afterwards, they had excellent questions about preparing music, performing chamber music, and guidance with possible music careers. A heartfelt thanks to the H. O. Peet Foundation for underwriting this performance!

Setting up and warming up for the performance at Norwin High School.        (Photo by R. James Whipple) 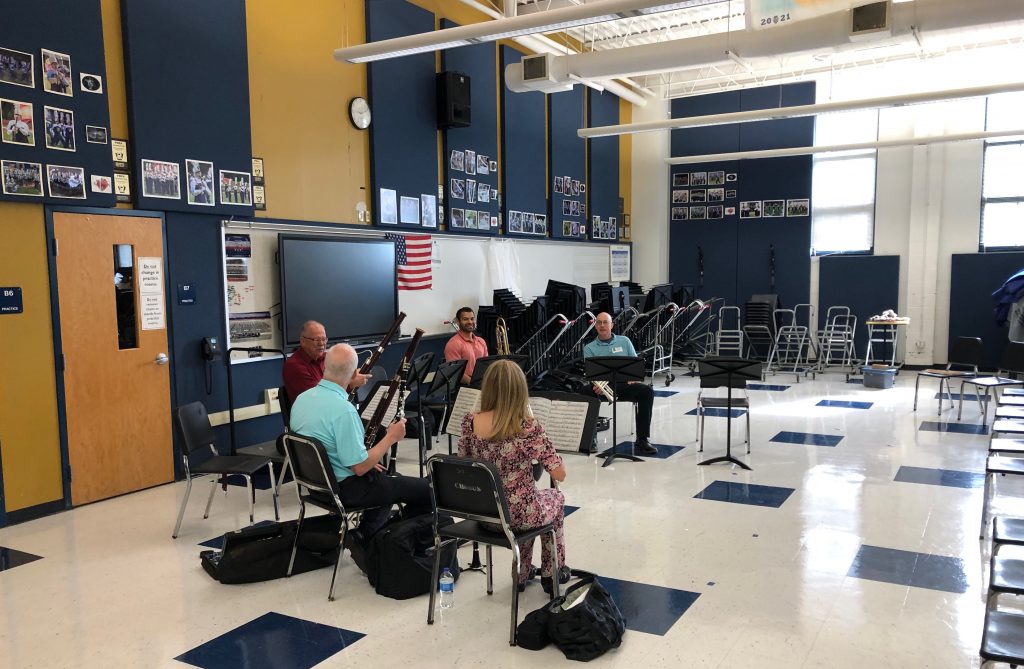 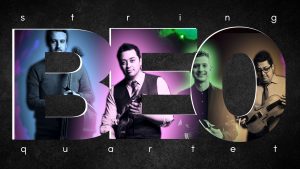 The Winds were just awarded a $13,000 grant from the Small Arts Initiative of the Heinz Endowments. This will support two performances of a collaborative project with the Beo String Quartet in the late spring of 2022; exact dates and venues are currently being worked out.

The program will feature two wonderful but neglected works. The first is the Oktett by Egon Wellesz, commissioned by the Vienna Octet for string quintet (including double bass), clarinet, horn, and bassoon. Wellesz, of Jewish descent, was well into a highly successful career in Austria when the advent of Nazism forced him to flee to England. Described as a “perennial outsider,” the Austrians didn’t want him back after the war and the English regarded him as a mere academic (by 31 he had deciphered the notation of Byzantine music). His stunning Oktett of 1949 captures the emotional journey of Europeans in the middle of the twentieth century.

The second work is the Nonet in E-flat Major, Op. 38, by French composer Louise Farrenc. A fine pianist who received first-rate instruction in Paris, she married the flutist Aristide Farrenc in 1821. Wearying of constant touring after a few years, they started a publishing house which became one of the leading French publishers. Initially writing for her own instrument, she expanded into chamber music beginning in the 1830s. Her nonet, from 1849, was so successful that it allowed her to bargain for pay equity with the male teachers at the famed Paris Conservatory, where she was the only female professor in the entire nineteenth century. And yet the work still did not get published until the twenty-first century! Beo and the Winds will surely be giving the Pittsburgh premiere of her nonet.

The Heinz Endowments is devoted to the mission of helping our region prosper as a vibrant center of creativity, learning, and social, economic and environmental sustainability. Core to our work is the vision of a just community where all are included and where everyone who calls southwestern Pennsylvania home has a real and meaningful opportunity to thrive. 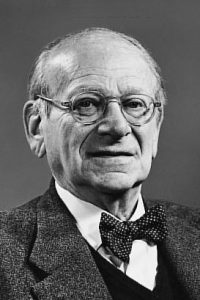 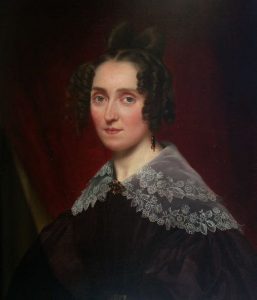 “classical music” (with a small “c”) is music that is written down, rather than improvised (made up on the spot by the performer) or passed on by memorizing what someone hears from another person singing or playing. Because it’s written down, the piece can be performed far away and long after its creation, by someone who’s never heard it before. The notation doesn’t particularly affect the expressive content of the music; such music can be in many, many different styles and moods. After all, a “classical” concert could include an 11th century chant by Hildegard, an eight-part mass by Lassus, an ingenious fugue by Bach, a syncopated rag by Scott Joplin, or a dynamic work written a few weeks ago by some Pittsburgh composer.

Unfortunately, a lot of confusion has been caused by using “Classical” (with a capital “C”) as a specific label for music composed between roughly 1750 and 1825, primarily in Europe. One result of that confusion is that many people don’t realize that classical music (with a small “c”) is still being composed today! However, this week’s Winds concert features truly Classical music: a quintet by the German composer Franz Danzi from 1823 and a quartet by the French composer André-Frédéric Eler from 1805. And the Christmas carols can be described as “classic” with yet a slightly different meaning of the word: “a work of art of recognized and established value.” 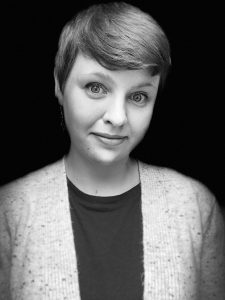 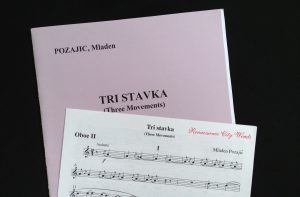 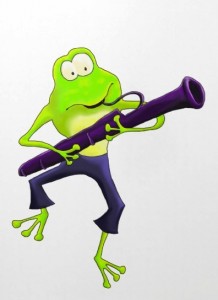 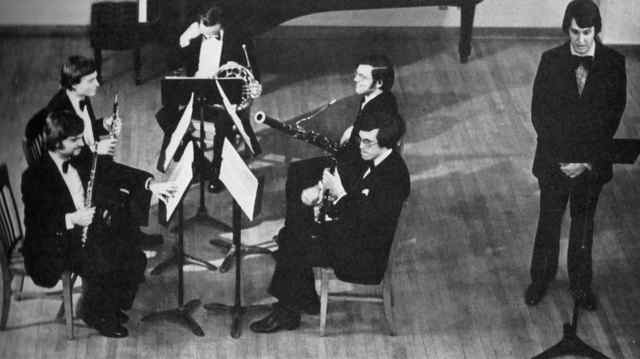 An aguinaldo is a genre of Venezuelan Christmas carol. Our concert of Latin American music features three of these. Luna Decembrina (“December Moon”) is an instrumental version of a choral setting by Gilberto Rebolledo, and is especially catchy with its hemiola rhythms (3/4 figures in a 6/8 meter).  Our long-time collaborating composer Efraín Amaya arranged two more for this program, Niño Lindo (“Pretty Child”) and Cantemos, Cantemos! (Sing, Sing!). In Venezuela, the musicians are typically rewarded with food and drink, but at our concert the audience gets treated to the reception as well, not to mention the tour of the toy train museum afterwards! 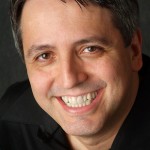 Venezuelan/American composer Efraín Amaya. The program also includes his Kaleidoscope, written for the Winds through the Pittsburgh New Residency.

The latest addition to the Winds’ repertoire this month is Contrapunctus VI from The Art of Fugue by J.S. Bach, in a brand new transcription for wind quintet by composer/bassoonist R. James Whipple. In this amazing piece, Bach casts the theme (the “subject”) against itself moving twice as fast, and often upside-down (“inverted”)!  It’s pretty wild to hear one part enter after another but finish first! And this isn’t all; there’s a direction that the piece is to be performed in “French overture” style, so all the dotted rhythms become “doubly-dotted” which means that the short notes are twice as fast! You can hear this amazing creation on the Winds’ concerts on Saturday and Sunday, May 17-18. Here’s what the first page looks like (the dashed brackets show where the theme is inverted). 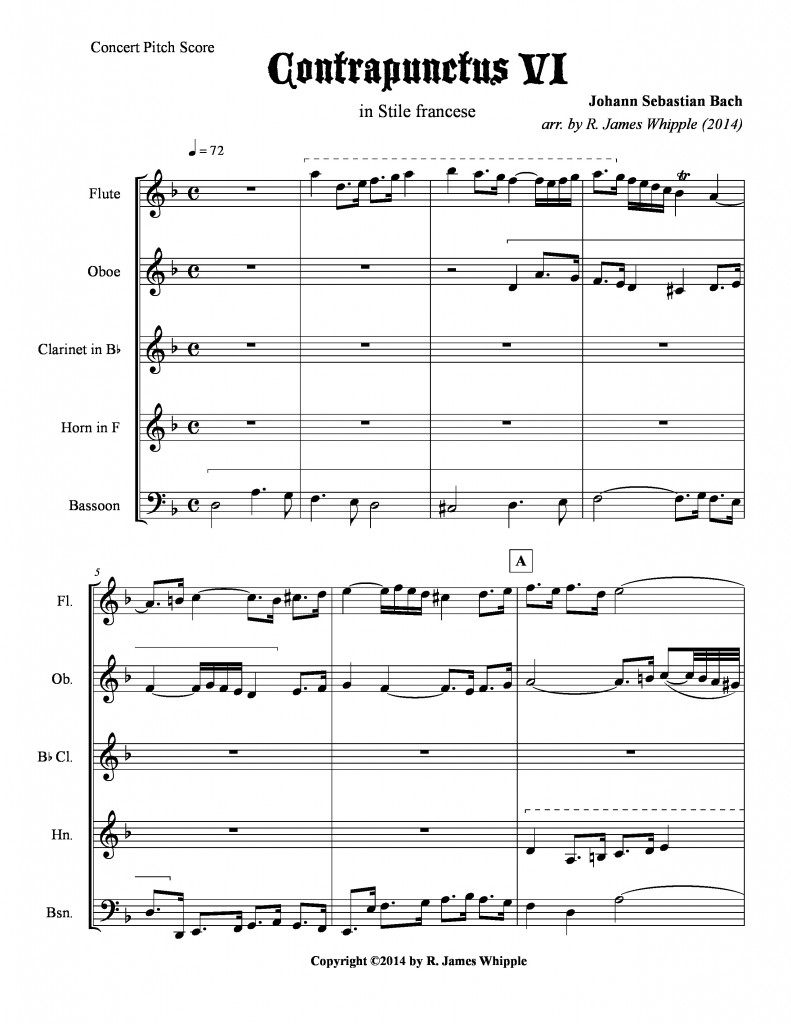 The Winds’ reed trio of oboe, clarinet, and bassoon opened the newly-renamed Johnstown Concert Series (formerly the “Chamber Music Series of Greater Johnstown”) on Saturday, September 28th.  The downtown Third Presbyterian Church was an absolute stunning space with at least a three-second reverb! The program included French and American works from the 19th and 20th centuries, transcriptions of two Bach fugues from the Well-Tempered Clavier and a suite of Renaissance pieces, and an unaccompanied bassoon solo based on Innuit folk music by the late Canadian composer Milton Barnes, performed by bassoonist R. James Whipple. 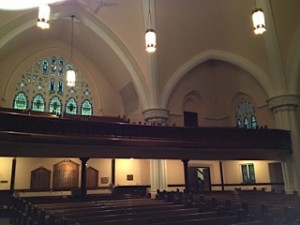 the interior of First Presbyterian Church of Johnstown 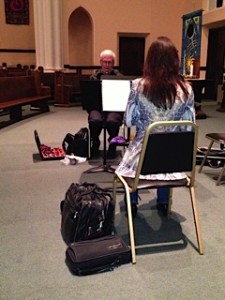 Jack and Renate warming up 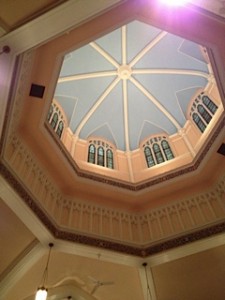 the incredible high open interior of the dome